A Royal Visit to Bristol

During which a new Sikh War Memorial was unveiled. 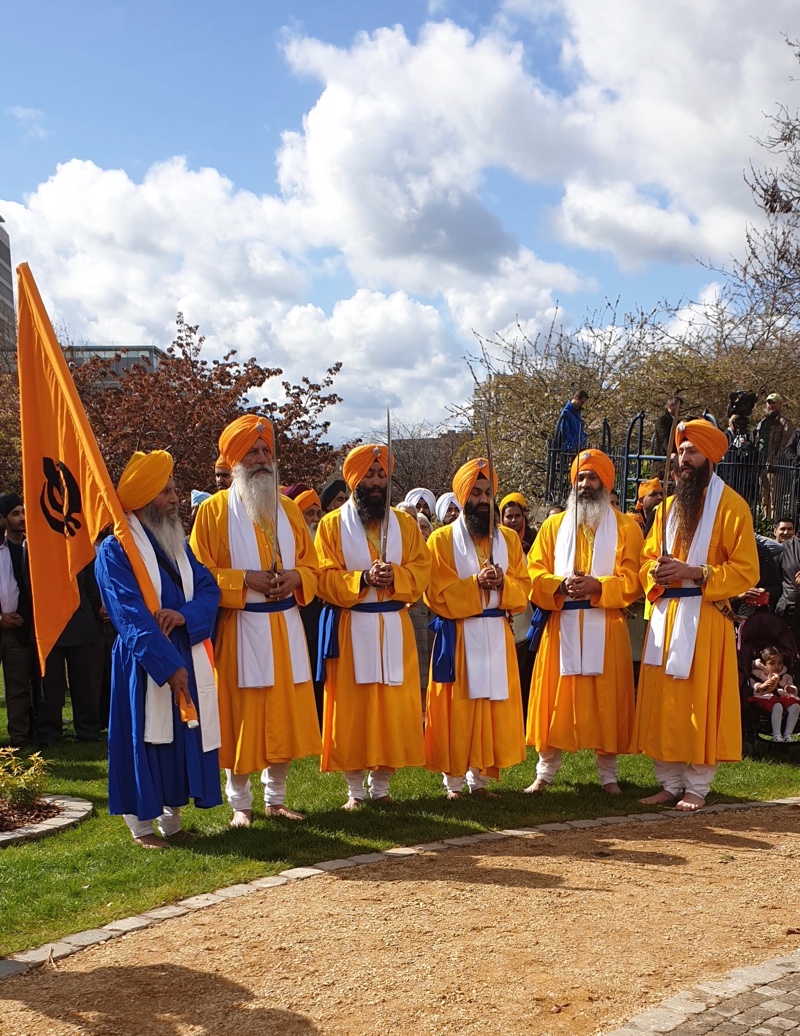 Five pipers from the City of Bristol Pipe Band played at a ceremony in Castle Park, Bristol today 2nd April, attended by the Duke of Kent and civic dignitaries. The Bishop of Bristol blessed the newly-renovated well of St Agnes, the earliest source of clean water in the ancient city. The pipe major then led the official party to the site of a new memorial to the Sikhs who died in two world wars, attended by members of the Sikh community. Lastly, the pipe major led the party to the D Day memorial park, where the Duke was introduced to D Day veterans, before leading the pipers in a short parade to the Marriott hotel.